Thought for the Week

Each year in September, the Church of Ireland appoints the second Sunday as a time for special prayers for vocations to the Church.   One of the very well known passages of Scripture is found in Matthew Chapter 4 when Jesus calls the first disciples, Simon Peter, Andrew, James and John.  They, of course, were fishermen beside the Sea of Galilee.  Jesus asked them to follow him and they did.

Why did they respond?  Indeed, the same can be said today.  Why is it that people respond to the call of Jesus and follow Him?  Often Jesus’s call comes slowly.  It grows over a period of time until it can no longer be ignored.  For some others, of course, it comes dramatically as it did for the first disciples.  Part of the answer is that Jesus himself had such astonished magnetism that when we encounter his love we find ourselves drawn into his presence and inspired by his holy spirit.

Simon Peter never imagined when he decided to follow Jesus that he would end up with a huge church in Rome dedicated to his memory.  Andrew didn’t suppose that whole countries such as Scotland, Greece,and Russia would regard him as their patron saint.

But it wasn’t just Jesus’s magnetism that drew people.  Historians all agree that the reason people in the ancient world travelled from near and far to be with Jesus was because of his remarkable healings.  He really did have remarkable powers of healing and these healings were signs of the new thing that God was doing through Jesus – bringing God’s healing rule.

The first disciples found themselves at the very centre of bustling crowds.  Like the early disciples, we are called to serve and to minister to people.  Those called by the Lord are ambassadors of healing, showing the difference God’s rule makes and how His healing facilitates the restoration of our relationship with Him.

So, as we this month remember those called to serve God through ministry, and how we ourselves as Christians are called to serve and show God’s healing power through our lives and witness, we can draw strength from our prayerful discernment as we remember the words of Frances Havergal’s lovely hymn “Take my life and let it be consecrated Lord to thee, take my moments and my days and let them flow in ceaseless praise”. 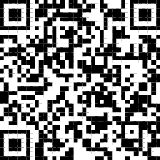